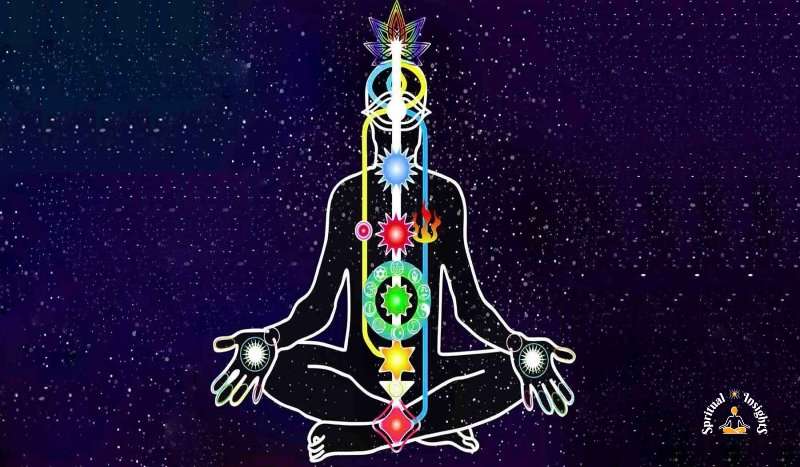 Kundalini is a Sanskrit term from ancient India that identifies the arising of a form of energy and consciousness that remains coiled at the base of our spine from birth.

The kundalini energy is the source of life force that each contains within itself – depending on the culture, that strength is identified by different names, such as pranic energy, chi energy, or bio-energy.

In this article, we learn more about this snake-shaped energy and the techniques to awaken it.

Kundalini: Where Is It & What Is It For 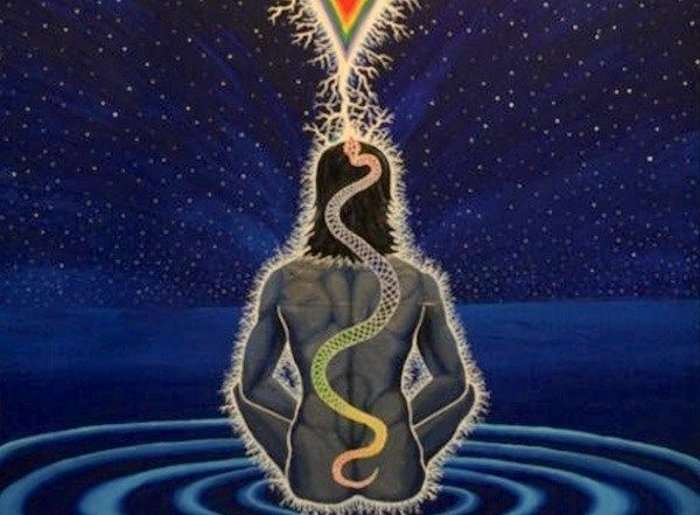 Yogic science suggests that this energy is responsible for the formation of the baby in the womb. After birth, it remains coiled at the base of the spine in order to keep the energy in stasis intact until death when it unwinds and returns to its source.

However, Kundalini can also deviate or unwind from the base of the spine as a result of certain spiritual practices or in response to life events.

It can move little by little when this happens, unwinding like a snake or in a rapid and explosive way involving the intestine, heart, or head.

This event can be surprising and chaotic, frightening or blissful, and usually triggers months and years of new sensations and changes in the person who awakens this energy.

Why Awaken the Kundalini

Awakening the Kundalini is a practice considered in the East to be very significant for the spiritual realization of each individual. Still, it is rarely recognized as such in Western traditions. Perhaps, for this reason, Western peoples are more easily affected by energetic or physical problems related to the malfunction of this energy.

References to Kundalini are found in many yogic and tantric traditions, in Buddhism, Taoism, the Gnostic mystical tradition, some Native American teachings, and indigenous societies.

The image of a snake running through the whole body is recalled in the esoteric art of many cultures, as is the ability to intensify and increase the body’s energy,  which has been explored for thousands of years. It is a natural human potential.

What Happens When the Kundalini is Awakened 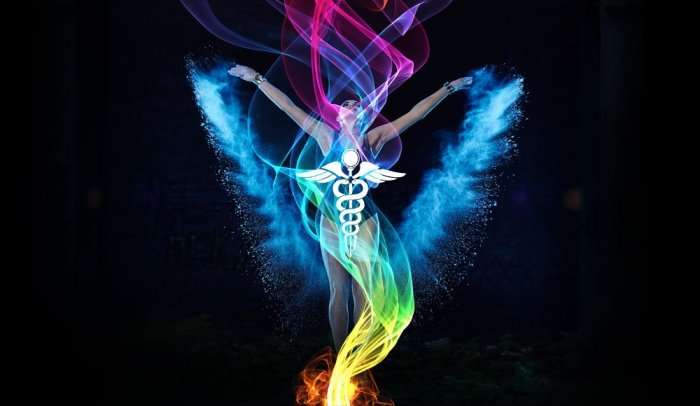 Kundalini’s awakening can trigger phenomena and changes that can be both positive and negative and take place on the physical, psychological, and spiritual levels.

You can both feel inspired, energized, and creative, as well as exhausted, tired, and stressed beyond measure. These phenomena are often accompanied by sensations and body movements that are unknown to us, such as sudden vibrations of the limbs, momentary visions, mirages, and agitation.

This is why it is very important to awakening the Kundalini in the correct and unhurried way, taking care to do it in the calmest and most relaxed state of mind possible.

The awakening of the Kundalini offers a profound opportunity for those who are called to follow a spiritual path: it is thanks to it that we are able to free ourselves from our preconceptions, delusions, and ghosts of the past.

Like any energy of creation (prana, electrical energy, atoms), it can be abused in an incorrect way by those who are not spiritually motivated or have not completed a path of personal growth and are therefore not free from their mental constraints.

To be ready for his awakening, you need to understand your mind thoroughly and not be impatient or nervous.

10 Techniques to Awaken Your Kundalini 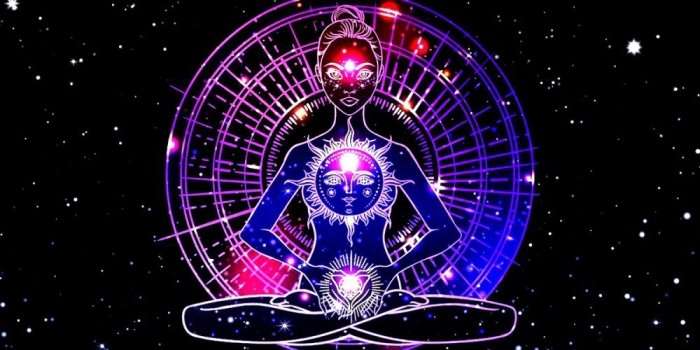 According to the texts and scriptures of Yoga known since ancient times and considered to work with this energy, the Kundalini can be activated or awakened using a series of specific techniques which can, in turn, be practiced in a combined or individual way.

Here we present and very briefly explain 11 of the most important. The practice of Yoga is itself the method to awaken the Kundalini. In general, any spiritual path or path of self-knowledge and personal evolution is a technique that leads us to its activation.

The first method is not something that you can develop through a specific technique as it comes from an accumulation of merits, of “good karma” coming directly from past lives.

It corresponds to special people born into this life with highly developed qualities resulting from that “awakened” Kundalini.

Recommended: 6 Signs You are Carrying Your Family Karma & How to Get Rid of It

2. Regular Recitation of a Mantra

It is a safe and powerful technique that requires discipline and patience as it is necessary to repeat thousands, millions of that mantra.

A teacher must transmit mantras through an initiation ceremony or “Deeksha,” where in addition to speech, intonation, and the rhythm of recitation, the power of the mantra is transmitted from the teacher’s heart to the heart of the student or disciple. 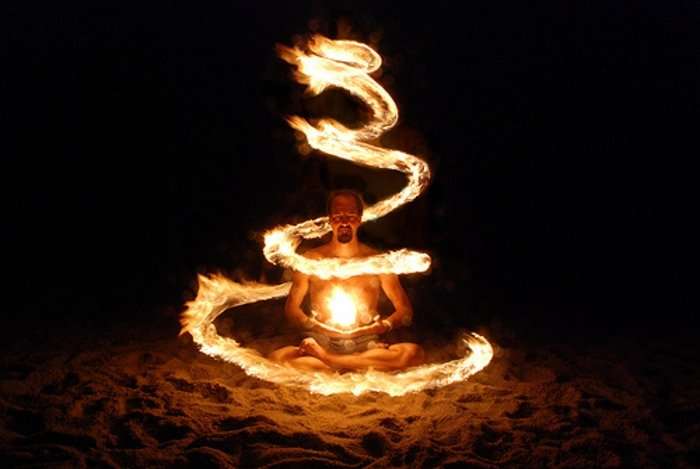 A series of techniques related to the processes of purification and self-discipline, not only on a physical level but also on a mental and spiritual level.

They include ascetic practices of self-control, meditation, etc. It is a psychological process in which those habits that generate weakness and block attachments, inertia, and fear are eliminated.

As you move away from them, you become a more pristine and pure being. Fewer energy blocks, and the Kundalini awakens more easily.

Breathing-based techniques. Its practice leads you to more or less controlled experiences of Kundalini awakening. It will depend on which one you will be working on.

The practice of Pranayamas is more manageable and easier breathing techniques for situations where change and transformation must take place little by little, with awareness before and during the process of awakening and inner change.

A higher form of Pranayama. Here techniques are collected that go beyond the simple breathing exercise, producing an increase in Prana or life energy and its flow, unblocking the channels or nadis, activating and opening the chakras.

Yoga Kriya is a set of very powerful practices to create an inner fire that ends up awakening the Kundalini. The effects generated by these Pranayamas that we call “superior” are not always easy to lead as they can lead to explosive experiences and a rapid activation and ascent of the Kundalini.

In this awakening, the consequent expansion of consciousness takes place, causing access to planes and levels, which in turn produce a rapid transformation. This is very difficult to manage. Hence its difficulty and danger,

6. Meditations in motion and vibrational 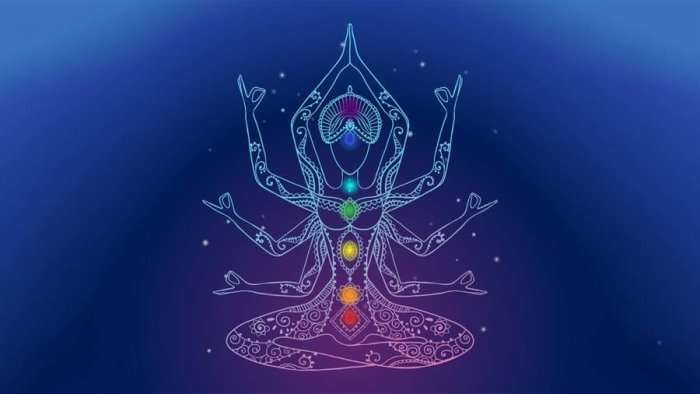 Usually, there are guided meditations in which, with body movements according to the rhythm of certain music, together with the breath, the Kundalini’s awakening can occur.

Other later traditions such as the Sufi, the sacred dances of Gurdjieff, or the dynamic meditations of Bhagwan Rajneesh, Osho, use this type of meditation.

Through deep meditation and concentration practices.

A process in which time, a lot of patience and discipline are needed due to the great difficulty it entails and which gradually leads to a detachment of all karmic and energetic blocks through the elimination of the Samskaras until the awakening of the Kundalini.

A practice called Aushadhi and which, although it may seem, does not consist in the assumption of drugs but of a series of plants known since ancient times called teachers or sacred and in very specific moments.

It is the fastest method but also the most dangerous. In the ancient Vedic texts, there is talk of a substance called Soma, and the Persians spoke of another similar one called Homa.

In America, it is known the use of some sacred plants and their juices by indigenous peoples.

This method should always be practiced with the initiation and care of an experienced teacher, as the awakening of the Kundalini can be very fast and explosive.

The activation of all parts of the brain, the opening of the chakras, and the type of experience can be challenging to manage without a teacher. 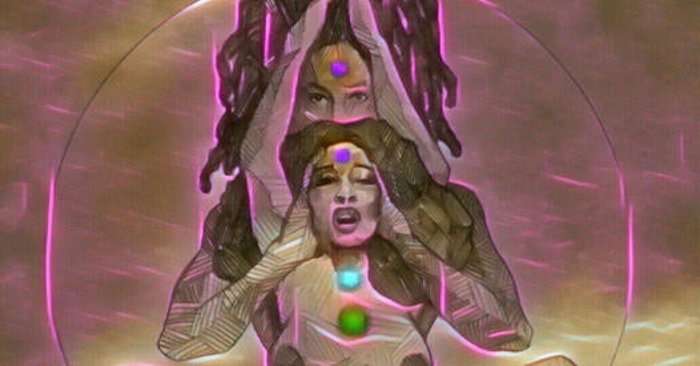 Considered secret, it occurs through direct transmission from a teacher to the disciple.

In this method, everything is normal; there are no extraordinary visions or experiences of expansion to non-ordinary states of consciousness as if nothing had happened until awakening occurs without clear perception or voluntariness.

Recommended: 9 Unmistakable Signs You Have a Spiritual Gift

This is a complicated method for the Western mind.

Accept and surrender at the same time, surrender to the belief that the Kundalini exists and that it will arise and awaken when it needs to be and when you are internally and truly prepared or ready. According to Eastern traditions, when karma bears fruit.

In the meantime, you must practice relentlessly, without expecting a reward, without setting any goals beyond devotion and aspiration that can awaken at some point in your life and be able to reach that state of ultimate evolution, union, and happiness.

The Kundalini energy, which exists in each of us, hides immense power. Just being aware of its existence helps us understand the energy mechanisms of our body.

Awakening it requires patience, time, and practice, but it is a process absolutely within everyone’s reach, which can open up to a new awareness and a new way of seeing life. 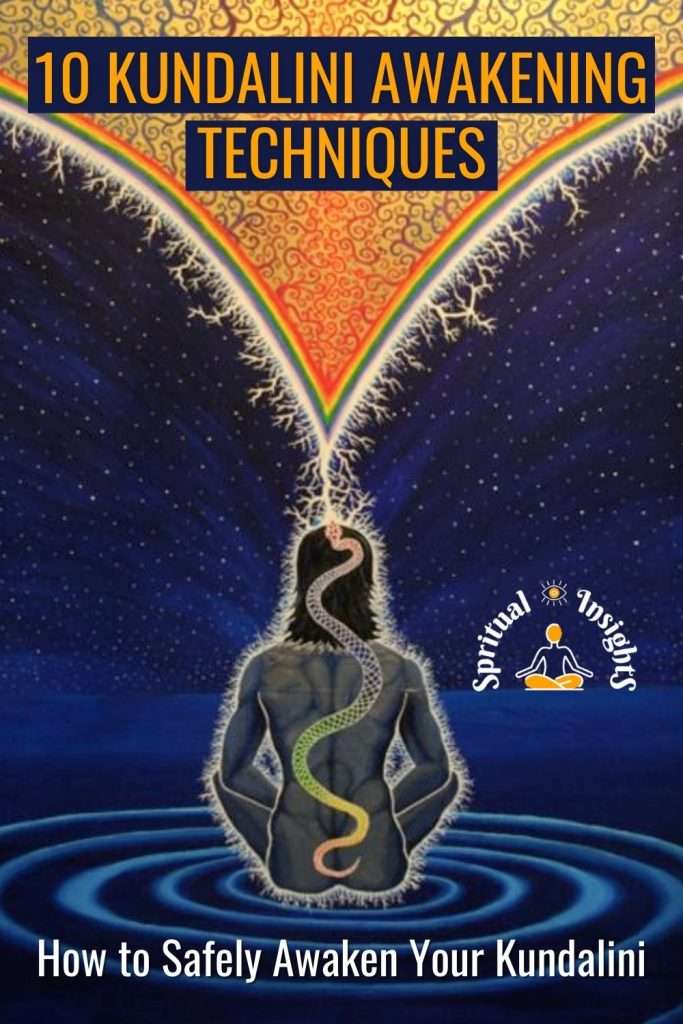