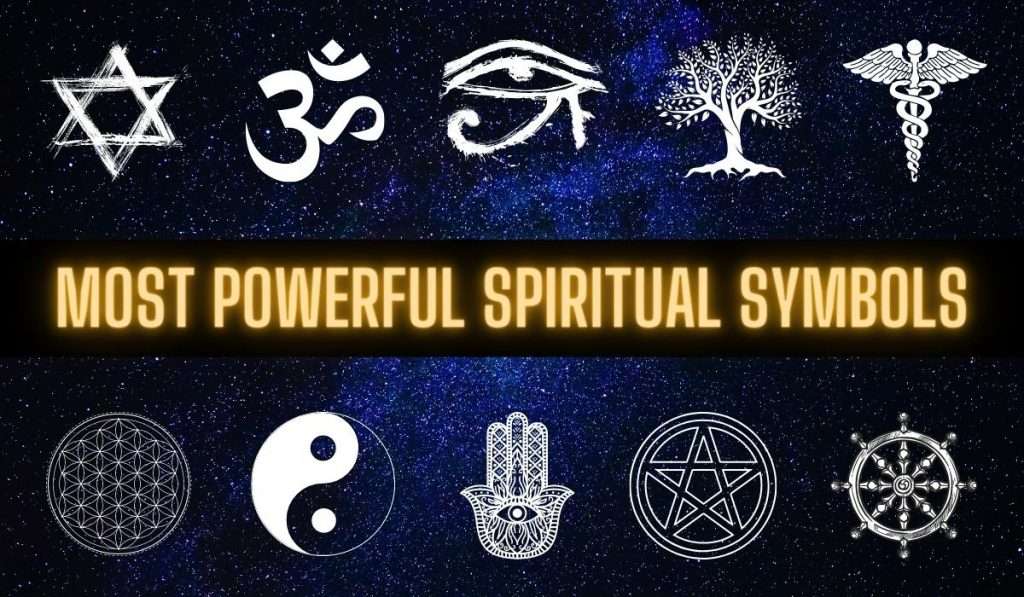 Spiritual symbols are now scattered all over the world, and you will surely have come across these images more than once in your life.

But perhaps precisely because of their enormous diffusion and the fact that they are often abused in the most varied contexts, you have never stopped to grasp their meaning, origins, and nuances.

I wrote this short guide just to help you understand the history and messages behind the top 15 spiritual symbols of ancient and modern history to give you an idea of ​​the enormous power of the concepts they convey.

Spiritual Symbols – What is Special About Them?

You may be wondering how it is possible that simple drawings have an extraordinary power or can arouse specific sensations in us. The energy inherent in these symbols comes precisely from their millennial history and from the intentions that have been infused into these signs throughout history.

You may have noticed that the main places of worship in the world (churches, mosques, synagogues, but also the mysterious Stonehenge) have a mystical aura that surrounds them, a palpable energy that is breathed within them. It is precisely because in the course of the centuries, thousands of people have concentrated their spiritual energy in those places, praying, performing rituals, and nurturing their spirituality.

Symbols work in a similar way: many people before us have used them for spiritual purposes, infusing them with a precise energy that we can still benefit from today.

The Main Spiritual Symbols and Their Meaning

By knowing the meanings of these spiritual symbols, you can use them more efficiently and accurately. 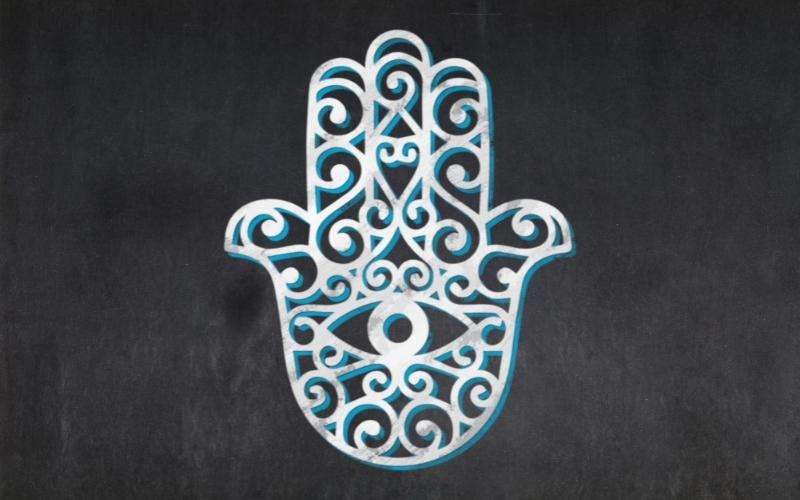 Hamsa is a Hebrew word that means “five.” The symbol represents an amulet that takes the shape of the palm of a hand with an eye in the center. This sign is also known as the hand of Fatima. The name goes back to Fatima, the youngest daughter of the Prophet Mohammad.

Used by many cultures throughout history, its purpose is to eradicate negative energy and protect from the “evil eye,” which is a grim look that was considered a harbinger of bad luck, disease, and even death.

This spiritual symbol spread to North Africa and the Middle East. It is now worn as jewelry all over the world. Similar to the Hamsa are the Nazar amulets.

Many religions have adopted the hamsa as a symbol of their teachings, including Christianity, Islam, Buddhism, and Hinduism.

2. The Flower of Life 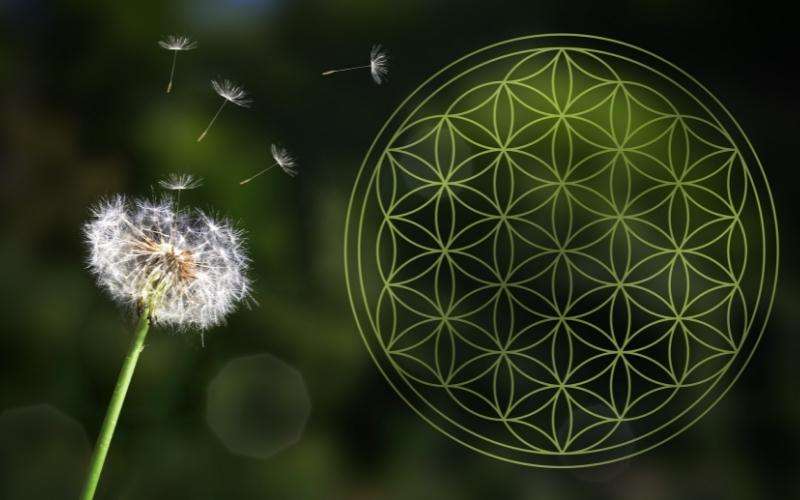 This symbol can be considered a real masterpiece of sacred geometry.

Known for encompassing all the plots of creation, the Flower of Life is perhaps the oldest spiritual symbol on this list, used since the time of the Sumerians, the first civilized people in history.

Composed of six circles overlapping each other and with equal spacing, the figure is structured like a hexagon and forms a design that resembles a flower.

The Egyptians, Romans, Celts, and even Leonardo Da Vinci strongly believed in the special power of this symbol, which evokes rebirth and hope and is strongly linked to the early cults of the sun. 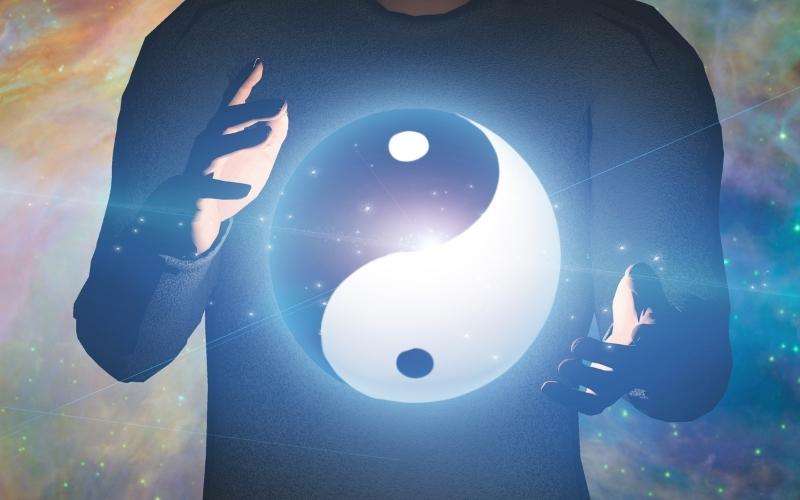 The yin and yang sign is probably the most famous spiritual symbol of our time. It is also ancient and finds its origins in China. The first indications can be found in the old written work I Ching, also known as the Book of Changes.

Widely adopted in the teachings of all ascetic disciplines (yoga and meditation in the first place), the Tao is the main symbol of  Taoism and represents the origin of everything. The Tao is responsible for the harmony in the universe, which is realized in the dichotomy of Yin and Yang.

This duality translates into the opposing forces that coexist in the world, such as masculine and feminine, day and night, light and shadow, which balance each other to arrive at equilibrium.

This type of balancing brings harmony into our lives and can be applied in many fields, including nutrition, furniture ( feng shui ), and the Zen lifestyle. 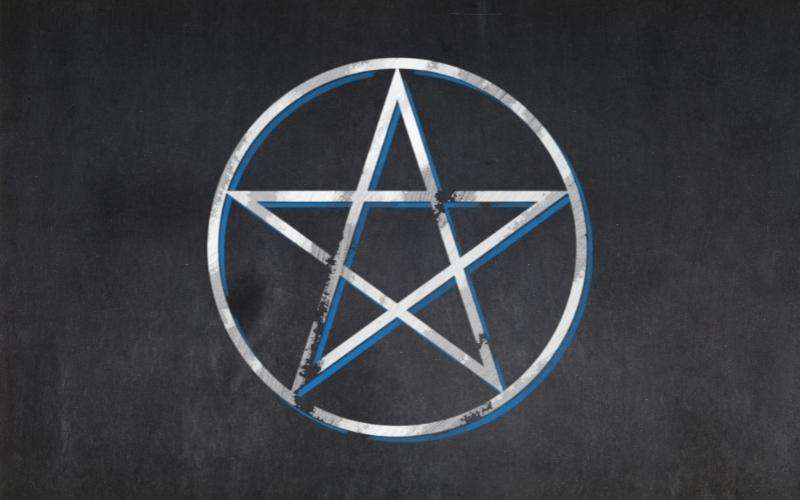 Very often misrepresented and labeled as a satanic symbol, the pentacle actually represents the five qualities of man: the upper tip symbolizes the spirit and the other four the natural elements (water, air, fire, earth).

It is also the spiritual symbol of the planet and goddess Venus. The oldest find goes back to the Mesopotamian period, around 3000 BC. Since then, it has found a special place in many religions and cultures.

Wicca lovers often use this symbol in the course of their ceremonies to remember the deep and inseparable link between humanity and nature.

5. The Wheel of Dharma 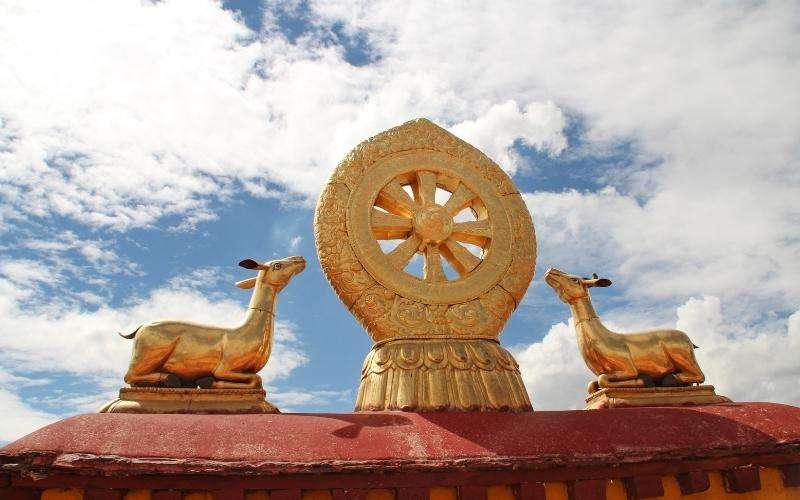 Also known as the “wheel of the law,” the wheel of Dharma (Dharmacakra in Sanskrit) is the Buddhist symbol par excellence representing man’s path towards Nirvana.

The spiritual symbol became so important that it was often incorporated into flags such as that of Sri Lanka. Curiously, the symbol is older than Buddhism itself and originated in 2500 BC. 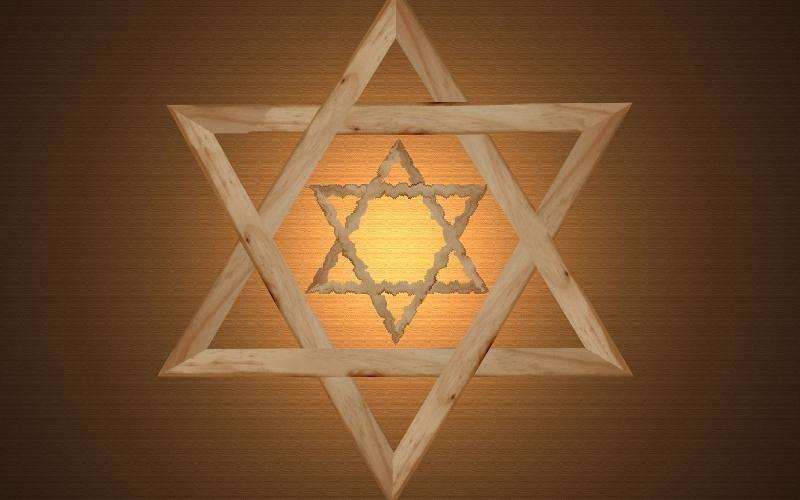 It is practically impossible not to have ever stumbled upon the sacred symbol of the Jewish religion, the Star of David.

Many are convinced that it represents the shield used by King David in battle. Still, another theory states that this hexagon is the representation of the six directions in space: above, below, east, west, north, south, and the most important center (which is understood as the spiritual center of humanity).

There are also many other interpretative keys for this symbol, some of which depict it as a drawing of sacred geometry or as the union of the feminine with the masculine, which can also be interpreted as the junction of good and evil or of heaven and earth. 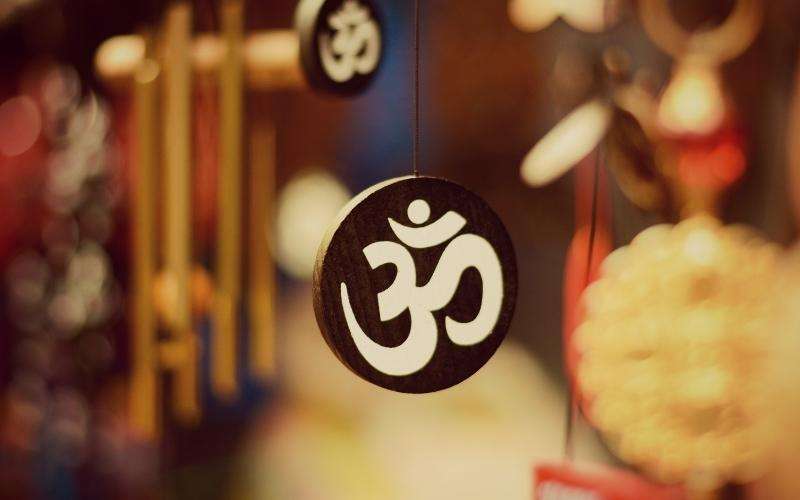 It is a syllable considered sacred by Hindus, Jains, and Buddhists. The sound of the Om mantra is the primordial sound of the universe.

According to the Hindus, everything that exists came from the vibration that this syllable expresses. This spiritual symbol was used as early as the ancient Upanishads. Om  is the combination of 3 different sounds(AUM). This symbolizes the triad of the major Hindu gods Shiva, Brahma, and Vishnu.

Therefore the sound of om stands for the transcendent primordial sound and designates the highest concept of God, the formless Brahman. Today it is often used as a meditation mantra. In the western world, the spiritual symbol is often associated with  meditation  and Buddhism. 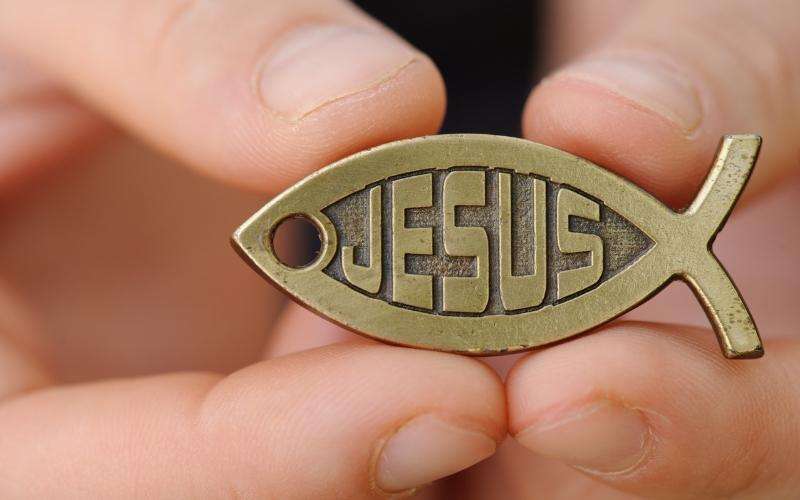 The Christian Fish, or Fish of Christianity, has been used since the earliest days of the Christian religion as a secret means of communicating to others belonging to the creeds and teachings of Christ.

The fish has a strong connection with the stories of the Bible, in which Jesus addresses the apostles, saying to them, “I will make you fishers of men.”

This symbol already existed in pagan cults, in which it represented fertility, birth, and female forces in general. 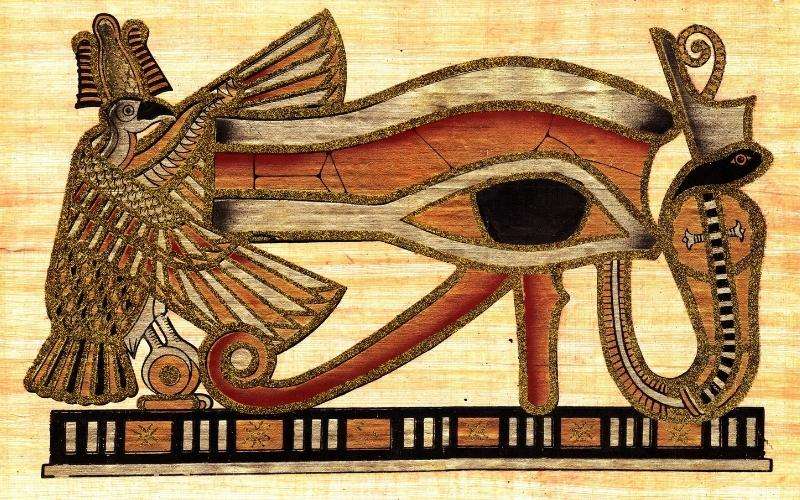 Widespread in ancient Egypt, the Eye of Horus was frequently used as an amulet that brought security and wisdom.

Apparently, the God Horus (who ruled the sun and moon) lost his left eye during a battle with Seth, and the eye split into six parts. It is a symbol of prosperity, royalty, and good health.

Its mystical power is linked with the lunar and solar energies, with the protection of the spirit and the clairvoyance of the third eye. Therefore, it is used to sharpen intuition, have more protection and identify enemies. 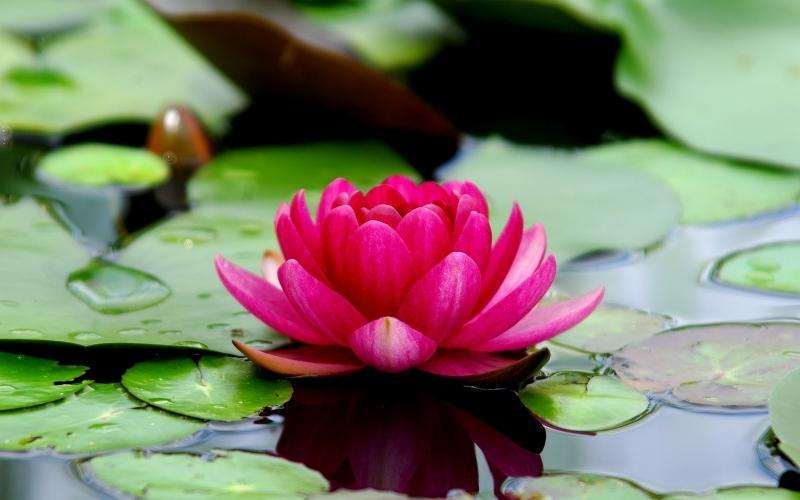 Used in various oriental cults, the lotus flower is widely known as a representation of enlightenment.

This wonderful flower is born from the stagnant and muddy waters, a metaphor for the resurrection and the persevering path of humanity in overcoming negative forces and continuing to be reborn, aiming for perfection. 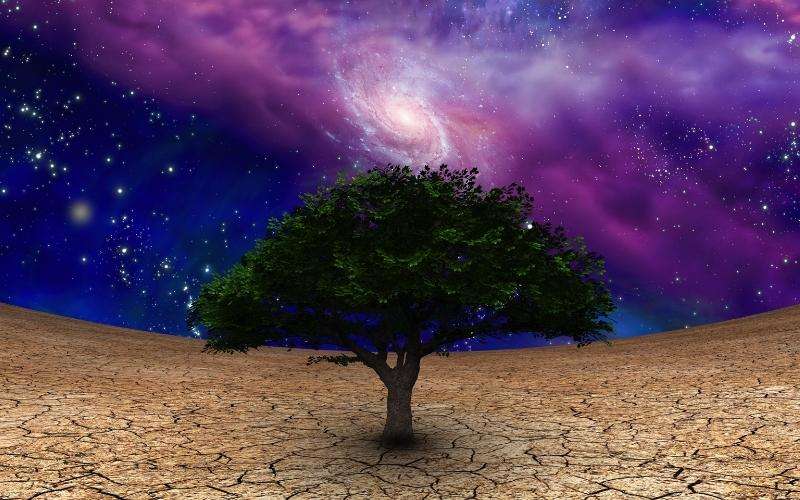 The tree of life was already a theme in many ancient cultures, all of which lived independently of one another. This spiritual symbol often describes the story of creation and represents the cosmic order.

In most ancient cultures, trees were worshiped as the seat of the gods. The crown of the tree represents heaven, the roots the underworld. The tree trunk is the connection between the two.

The tree stands for stability, which maintains order. This analogy can be found in different cultures: From the ancient Mayas to Egypt. In Buddhism, this spiritual symbol plays a particularly important role since Buddha attained enlightenment under a tree. 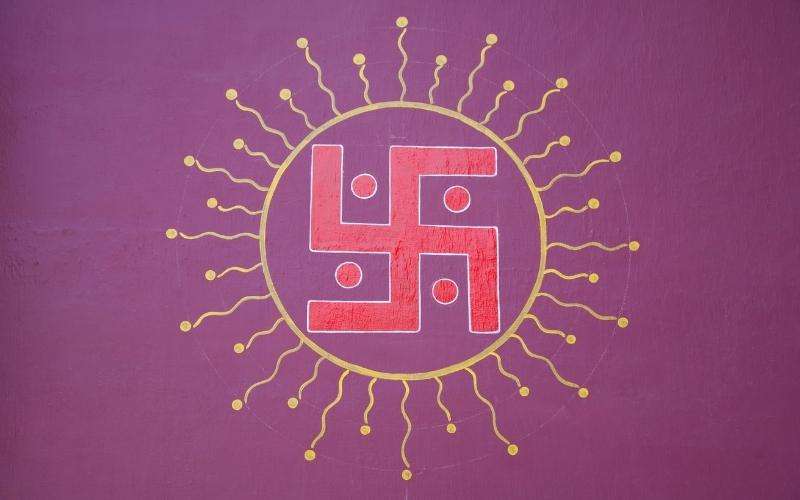 Right, that’s a swastika. Although you may think directly of the German Reich, Hitler, and anti-Semitism, this spiritual symbol has a much deeper meaning.

Even today, it is considered a religious symbol of good luck in Far Eastern countries, in Buddhist and Hindu cultures. The  swastika  is considered the oldest historical symbol of mankind.

The oldest finds date back to 10,000 BC. This is roughly the age when the first cultures arose. Archaeological finds decorated with this spiritual symbol can be found all over the world. 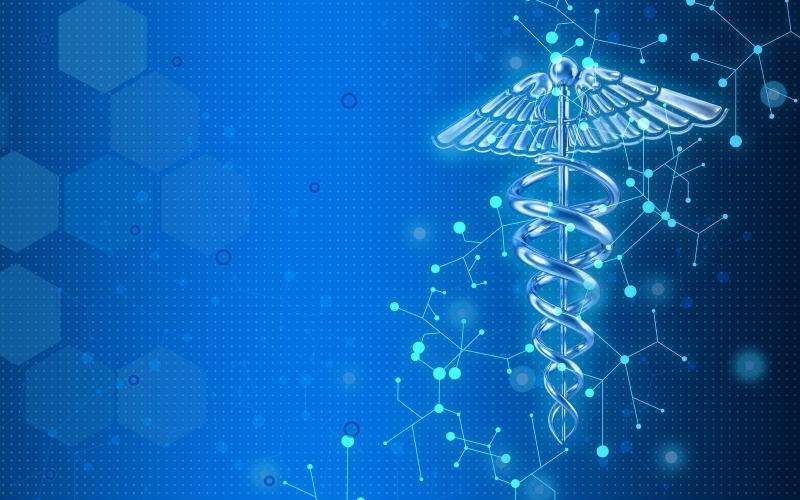 The staff with the two wings entwined by 2 snakes is often associated with medicine or business and commerce. The spiritual symbol dates back to ancient Greek times. Hence the name  Caduceus.

There are many legends about this staff from that time. Since then, the Romans have also used this spiritual symbol. There are also assumptions that there is a close connection to the chakra teachings.

The staff symbolizes the spine, while the snakes describe the rising kundalini energy. It is said to be a male and female snake that describes polarity. 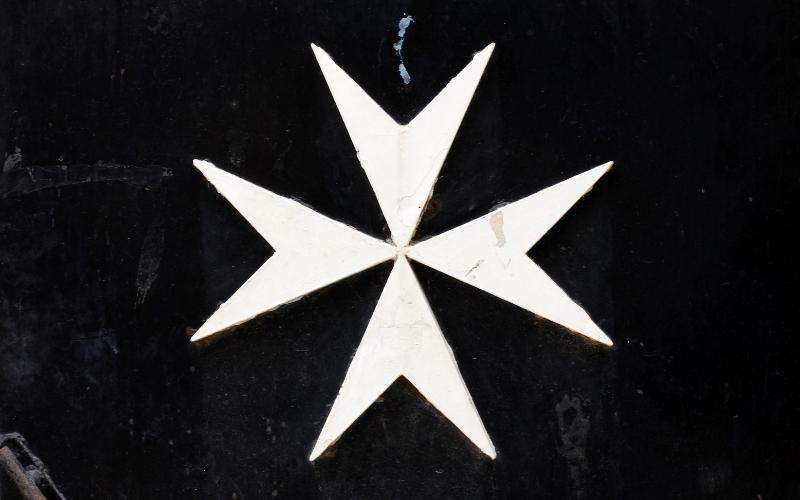 Much used by the Knights Templar, it is mainly connected with the Sumerian gods.

It is the union between feminine and masculine energies and has strong protective power.

As an amulet, it brings good luck, amplifies the vibrations of the being, and helps in the fulfillment of desires. It also enhances the energy of other symbols when used together. 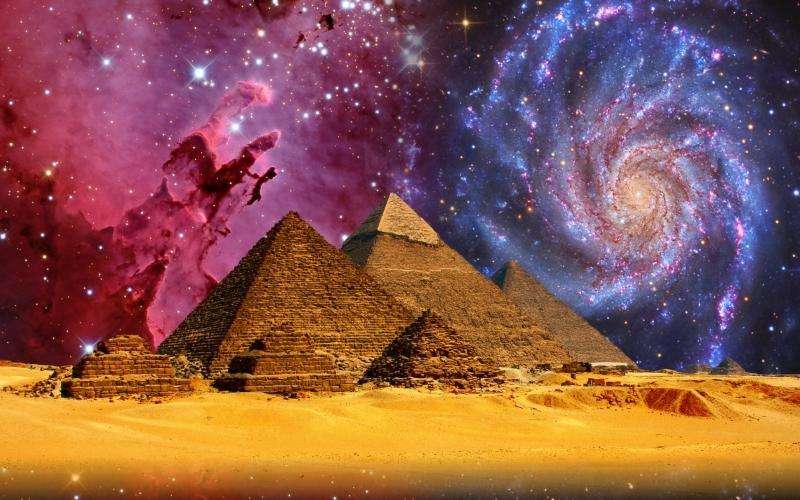 When used in the environment, the pyramid can renew energies and improve people’s physical and mental health – this is because this symbol has a connection with the cosmic.

It brings vitality and elevation of vital forces.

How to Use the Spiritual Symbols?

Now that you know the meaning of the main spiritual symbols, you can start adopting those you feel closest to you in everyday life, using them as amulets for good luck or drawing or painting them on the objects you carry with you, or decorating your room dedicated to meditation.

You will immediately feel the beneficial effects!

Can you think of other spiritual symbols yourself? Be sure to write it in the comments and tell us about it!