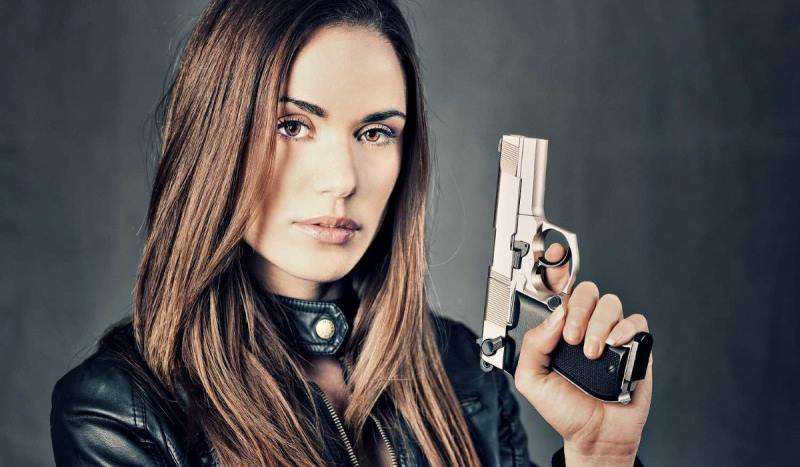 These 4 zodiac signs are considered to be the most dangerous of the zodiac wheel as they can become uncontrollable in their fit of rage and will not think twice before harming someone. You should never provoke them.

Some people never forgive and hold a grudge for life. The resentment they carry deep in their hearts is a negative feeling that can affect their health. However, there is no question for them of forgetting a wrong caused by others.

Some signs of the zodiac are part of it and can even go so far as to take revenge for an unpleasant situation that another person has caused; these astrological signs often lack the resources to forgive. What are these zodiac signs to be wary of?

The stars reveal the personality of every one according to their astral chart. Four elements determine the astrological portrait of the signs of the zodiac: fire, earth, water, and air.

Each zodiacal sign has its own characteristics even if the decan or the ascendant of each sign brings some differences. Fire signs are devotees, Earth signs are stable, Water signs are intuitive, and Air signs are curious and quick-witted.

Some signs of the zodiac, when hurt or harmed by others, become especially vindictive and unable to forgive. They can lose control and let themselves go in an excess of anger.

Astrologers tell us about their devious and malicious temperament when they want to get their revenge and they do not hesitate to make you disappear from their life.

We often tend to think that fire signs, such as Leo, Aries, or Sagittarius are the most prone to anger and revenge. Think again, you will be surprised to find that the element of fire has nothing to do with it.

Let’s find out now which zodiac signs are the most dangerous.

Scorpio as One of the Most Dangerous Zodiac Signs 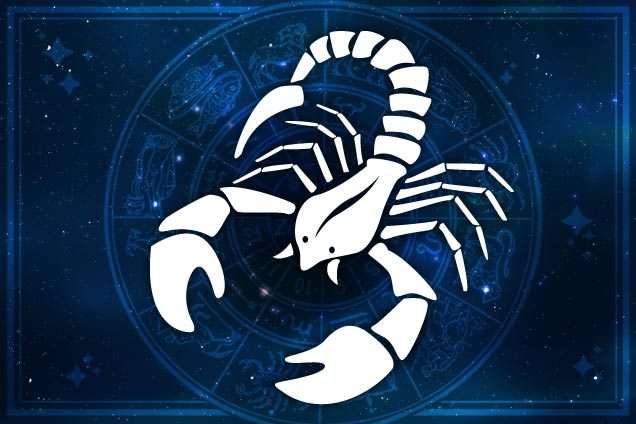 Scorpios are people born under the water sign, and intuition is one of their main assets. They excel in the divinatory arts and are even able to make astral predictions and tell the future in tarot, numerology or even read you like an open book.

However,  they are often accused of being aggressive and cruel, even sadistic in some cases. And for good reason, they tend to destroy those who attack them.

Whether on a professional or personal level, if you hurt a Scorpio sign, you will regret it for the rest of your life. Moreover, often his love life suffers because his character traits which are difficult to bear do not help him at all, even if he has an overflowing sensuality.

It will be in your best interest to keep an eye out for revenge as a dish that is served cold for the Scorpio zodiac sign. And we are not talking about just any revenge! It will be as painful as possible.

The Scorpio zodiac sign will make sure that their revenge is humiliating and your suffering traumatic and endless. For this native, revenge is part of the normal course of things to demand justice and inflict on you what you deserve.

Capricorn is One of the Most Dangerous Zodiac Signs 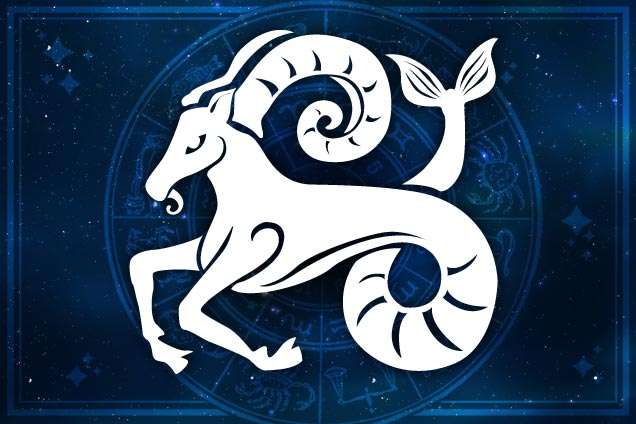 As an Earth sign, Capricorn is very secretive and discreet and it is sometimes difficult to detect what he is hiding deep inside. Often, this earth element changes its behavior according to its mood.

His emotional life is not always rosy and most often his professional ambition outweighs his love life, if he really manages to have romantic affinities with other people or compatibility with another astrological sign.

But the worst part is his nastiness when it comes to revenge. It’s best not to be in the crosshairs of someone born under the sign Capricorn, especially if you’re hurting their ego.

This native of the zodiac will show you a soft, almost shy face, letting you think that he has turned the page when it is only a ruse on his part to better prepare his revenge which will be after all Machiavellian.

Recommended: Your Strongest Personality Trait According to Your Zodiac Sign 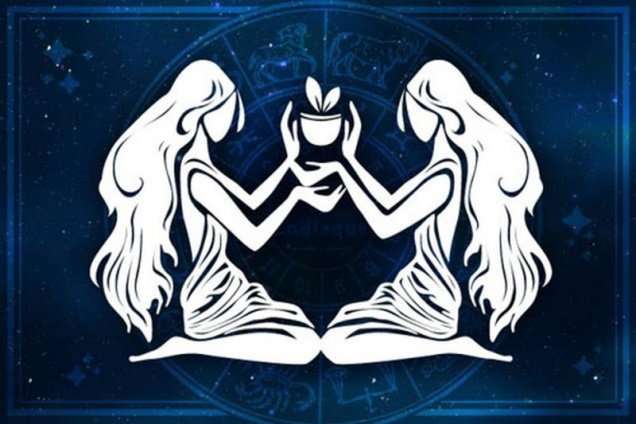 Ruled by Mercury, the planet of communication and exchange, Gemini are social beings and have a constant need to stay on the move.

Often, they give the impression of scattering and want to touch everything. For this reason, their love life is not always stable and their romantic relationships are not always in good shape.

The double face of their personality shows people who are sometimes unstable and unreliable. They can lie, cheat, manipulate, and at the same time almost showing you tenderness. However, their revenge is their worst flaw.

Beware of those who provoke them, they will only get what they deserve. How? ‘Or’ What? By using all their cunning and their treacherous and deceitful side to bring down their enemy and bring him to nothing.

The natives of Gemini will not hesitate to set traps for you to make you look ridiculous and piss you off. This authoritarian and dominant sign will therefore remain a spectator of your downfall and will have fun with its mocking eyes. 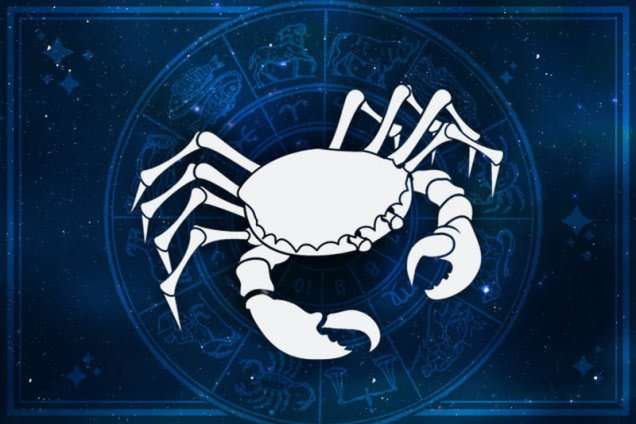 According to the zodiac chart, the astrological sign of  Cancer is under the influence of the Moon. He often changes his mood and sometimes becomes difficult to understand; it is the lunar sign par excellence.

It is a celestial sign of which water is its element. The Cancer is sociable, sensual, and sentimental at will, and desires to be loved above all, he cannot stand romantic betrayal.

As much as he is gentle, emotional, and elated in front of the loved one, he can be taciturn, hurtful, and mean. This last character trait is amplified especially when he is hit head-on and his self-esteem hurt by people he loves.

Cancer can quickly lose control and fall into an excess of rage and anger that could hurt him or other people.

Recommended: The Hardest Thing Life Has in Store for You Based on Your Zodiac Sign

These were the 4 most dangerous zodiac signs that should never be provoked unless you want to deal with their rage and revenge. Was your zodiac sign or someone you know well part of them? Let us know in the comments below if this was accurate for you. 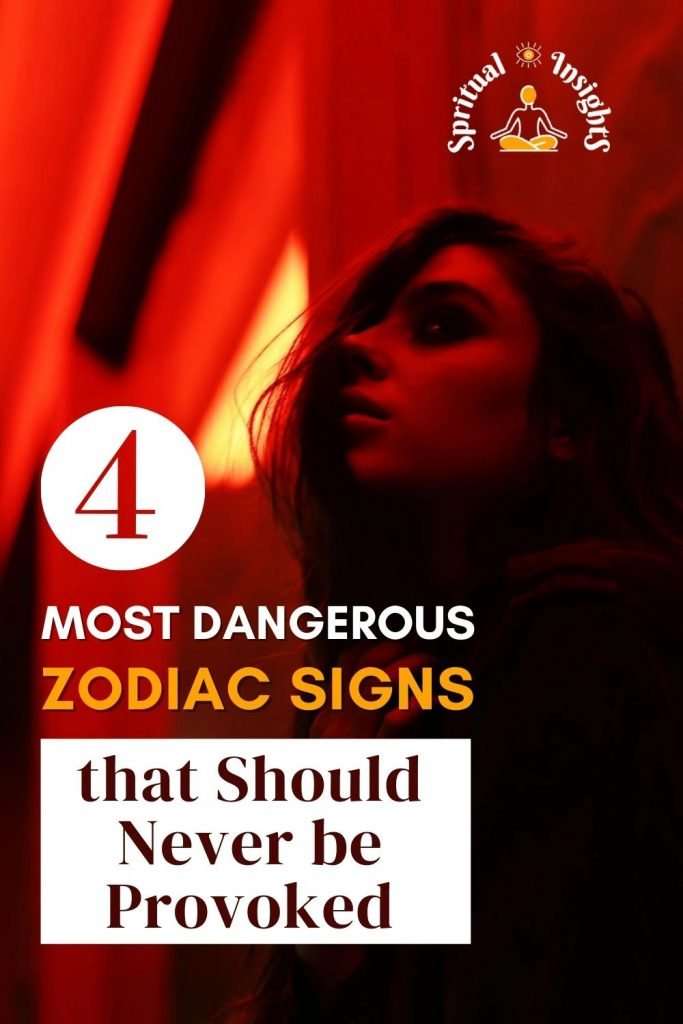