Do you know the spiritual meaning of the spider and the spider’s web? If you don’t know, it’s good to know.

Since animals can serve as signs regarding situations and can bring you messages, therefore, if you see a spider in a specific place, it can mean something important for you.

In this article, we will talk about the spiritual meanings of both the spider and its webs.

So if you want to know more about this insect and the meanings it can bring you, keep reading!

What does the Spider Symbolize 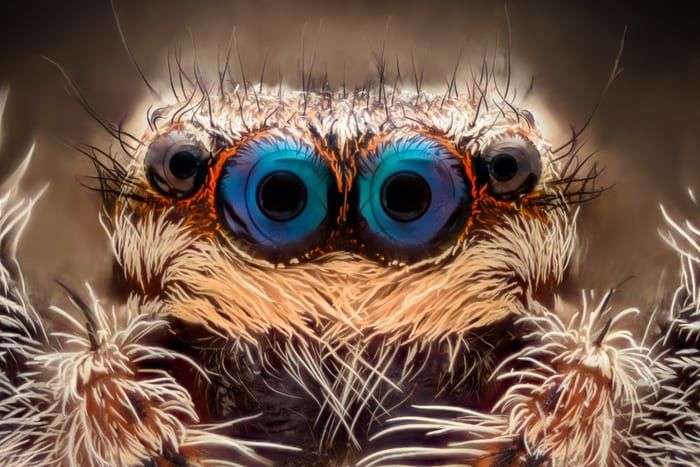 There are many figures and meanings that are associated with spiders. From bad energies to heroes in movies and comics, spiders have countless representations.

Whenever we think of spiders, we immediately see the image of their webs in our heads.

Despite being increasingly associated with negative meanings, the lifestyle of these arthropods can send us very powerful messages.

Its web is largely associated with connections. This is also its spiritual meaning since its diverse and unique forms connect various points, just as people, situations, and things are connected.

Furthermore, the number of legs it has can also symbolize powerful meanings. Being an arthropod, it has 8 legs, and the number 8 symbolizes infinity.

For Shamanism, this arthropod is a being of free choice of paths. The choices of these paths are taken and based on your patience, courage, and determination. Furthermore, it also symbolizes the creativity and perseverance of those who strive to achieve their goals.

Since this arthropod is responsible for intertwining destiny, as well as creating paths in search of conquering their own dreams.

Did you know that the amulet of dreams, the dreamcatcher, came from a dream of a spider?

They say that a shaman dreamed of a spider, and within the dream, he visualized a dream filter. Also symbolizing the protection of dreams, as its web filters those who are negative.

Recommended: Spiritual Meaning of the Beetle – The Secret Message They Have for You

The Spiritual Meaning of the Spider 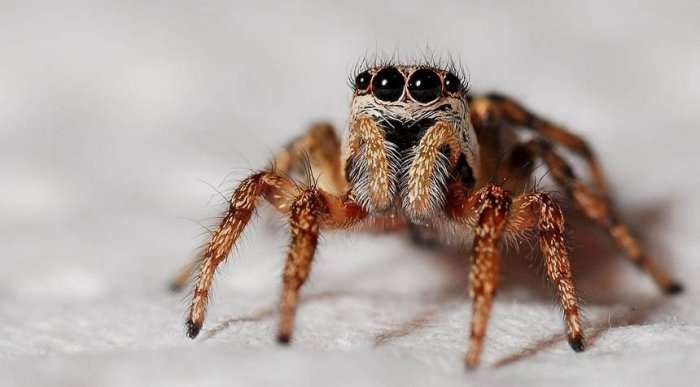 The spider is a symbol of union and balance between various elements, as well as creativity, since it shows us how we are responsible for weaving our own ways.

Furthermore, it represents the creativity of the creator of existence itself and the delicacy of connections.

This arthropod represents the strength and delicacy combined in their work. Its 8 legs represent the infinite and thus the infinite possibilities of creation.

It can bring a powerful message about being the time to recreate some new paths when it is very present in our lives. It also reminds us that we are responsible for creating the situations in our lives.

Not only the situations in our life, but we are also responsible for creating our reality. Therefore, the spider comes to remind us of our power of creation, as well as our possibilities.

If you’re worried about the message the spider might bring you, don’t be! Since the meanings that this arthropod brings are aimed at life lessons.

Some of the meanings that the spider and the spider web can bring you are:

Thus, the meanings that the spider can bring you are related to the creation and possibilities of our existence.

Recommended: Spiritual Meaning of Ladybug – The Secret Message They Have for You

The Spiritual Meaning of the Spider’s web 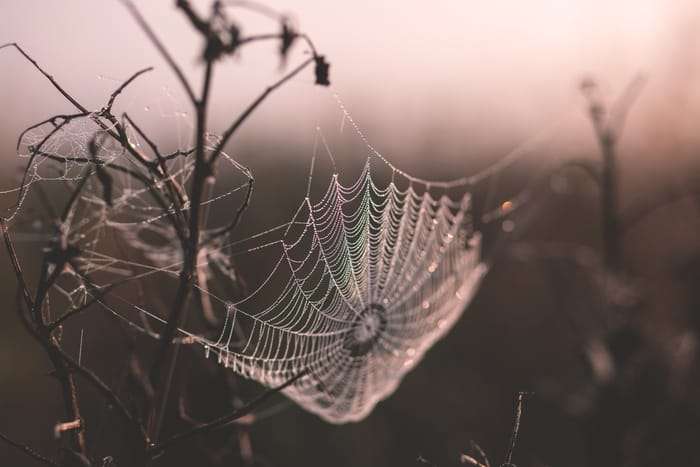 We often remove cobwebs from home without realizing that we don’t know their spiritual meaning. But despite being the hunting and feeding tools of spiders, they carry even more significant meaning.

First, the spider’s webs symbolize the Universe’s connections between people, situations, and things. When viewed from the outside, these connections may not make sense, but they are part of a great tangle of balanced wires.

Also, the spider web has a very poetic meaning about creating our own paths.  Since, like the spider that wants to move from one place to another, we can also create bridges and paths to the place we want to reach.

For this to happen, the spider relies on patience, courage, and determination. Not only that, but creating these paths also requires persistence.

Also, it can come to remind us that we are responsible for creating the situations in our lives. Just as we also have the power to recreate paths and find other possibilities.

So if you’re treading a path you don’t like, the spider’s web may come to remind you that it’s time to rewrite it.

Recommended: Spiritual Meaning of Bees – The Secret Message They Have for You

Spiritual Meaning of Spiders in House

If you happen to be running into spiders over and over again in your house, this could be a message.

So if by chance you have sometimes encountered spiders in your room, be aware of how you are acting in life. Since it may be a sign that you need to learn patience in the situations you are going through.

Not only that but also learning to better connect with your creative energy. It may be as much that you need to learn as a sign that you have begun to master these qualities in your life.

In order for you to know what message it is trying to give you, it is necessary to look at yourself and listen to your intuition.

So, if you’ve seen a spider in your house recently, ask yourself if these are skills you need to learn.