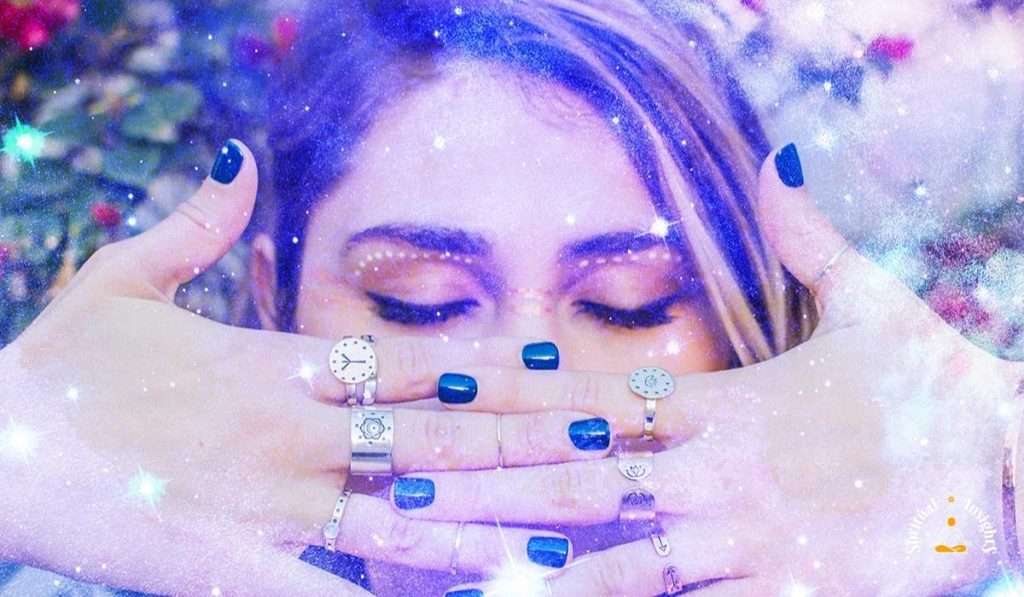 Unlike previous generations, indigo children are more empathetic and express their emotions through their creativity and art.

They are also more sensitive, curious, independent, open-minded, and artistic. In fact, indigo children are a new generation blessed with almost supernatural abilities.

Born between 1968 and 1992, these children are unfortunately very misunderstood by society, which does not know how to manage or qualify these highly intuitive and emotionally intelligent people.

In a world where technology has made human relationships almost sterile, indigo children and their sensitivity cannot seem to find their place.

They are then often described as depressive, lonely, or even strange. Yet none of this is true. Indigo children simply have another vision of the world, another way of expressing themselves, and they are much more in osmosis with their emotions.

They know how to understand and control them. They are quite capable of passing them through intelligently and calmly. But, since it’s a quality that many people lack, they tend to be seen as outsiders when, in fact, they are far more human than most people.

What is an Indigo Child

The definition of the indigo child has its origins in the 1980s. But it has changed a bit over time.

As an esoteric term, it refers to children – and now also adults – who have been born since the late 1970s and who exhibit distinctive psychological and spiritual characteristics.

They differ significantly from the children of the years that preceded them.

From the outside, these children are relatively discreet, but some of them impress from an early age with their clear, penetrating, and complicit gaze.

At first, the indigo child only referred to a few children with distinctive characteristics. Their difference was hardly noticed at that time, and it was easier to adapt to them.

From 1991, their birth rate would have increased sharply. Today, conservative estimates assume that 10% of newborns are currently “Indigo Children.”

This striking phenomenon is reason enough to examine it more closely in spiritual circles.

Sings that You are an Indigo Child

If you feel like you are on the fringes of society or if you think you have not found your place in your social environment, it may be because you are an indigo child.

To verify this, we have prepared a list of revealing signs that prove, without question, that you (or your child) are part of this blessed generation!

1. Normality, for you, has a different definition than for others.

Indigo children’s openness and empathy differentiate them from how others think, act, and feel their emotions.

This is why they are often considered outsiders. This is especially true when they are still just children. This time can be challenging for them, as they must learn to trust their instincts.

2. You know perfectly well that you are a special person.

But not in the narcissistic sense of the word. You don’t think you’re superior to others or that you’re going to be very famous.

But, you are aware of the fact that you have duties to perform and a good reason to exist. You were born to make this world a better place… It’s as simple as that!

3. An indigo child does not understand the coldness of others. 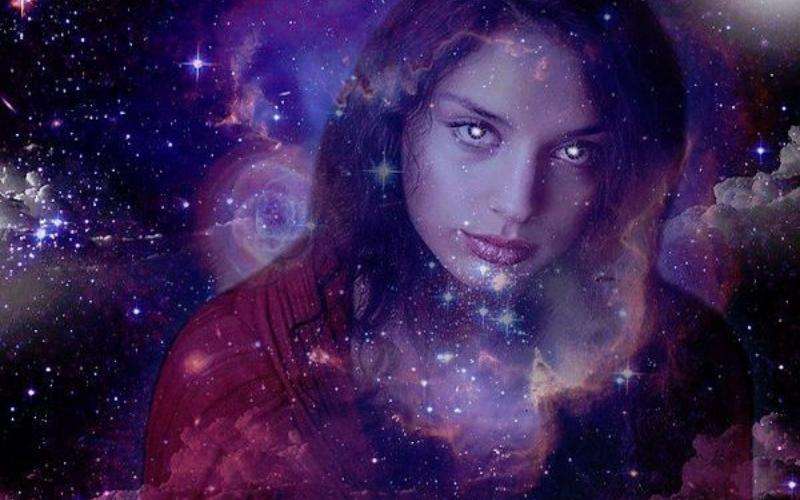 An indigo child does not understand that some people can be cold and calculating. Indigo children are born with more empathy than most people.

Sometimes they can feel that they are completely different from most people. They will never be able to treat anyone badly or coldly.

An indigo child feels all emotions more intensely than his family or friends.

For example, he may cry hot tears in front of a sad movie or have a stomach ache because he laughs too much. Whatever emotion he feels, his whole body reacts.

Grades and school atmosphere do not match the character of an indigo child.

Although Indigo children are intelligent, they struggle to conform to traditional ways of thinking. They find the structure difficult because they don’t always understand it.

Often an Indigo child struggles in a strict school while excelling in a more liberal school. To succeed, he needs more freedom than other children.

Recommended: 9 Unmistakable Signs You Have a Spiritual Gift.

6. You are more mature than most people your age.

Indigo children often struggle to fit in with people their own age when they are young. Since they are more independent, intelligent, and emotionally mature than people of their generation, they feel more comfortable around people older than them.

This can cause problems when they are young, but they learn to deal with these differences over time.

7. Spirituality appeals to you, but you’re not one to commit to a strict religion. 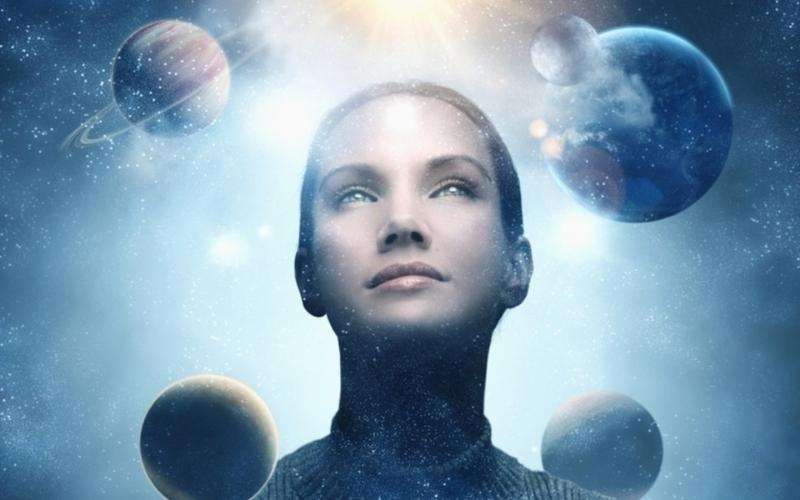 Because they are open-minded, Indigo children love to discuss religion or spirituality, but it’s very rare to see someone so special embrace the rigid practices of a religion.

They prefer to create their own tradition by mixing several religious practices that seem appropriate for them. They are never going to settle for just one path, as they want to keep their opportunities open.

8. You have great storytelling skills.

The imagination of indigo children is limitless. They are able to invent very interesting stories for children or even talk about completely innocuous subjects by making them exciting.

Indigo children can tell you how their day went, making you feel like it was a real adventure. No one can tell a story like an indigo child.

9. The indigo child needs to understand the why and the how.

By definition, he always wants to know how things work.

One of the characteristics of an Indigo child is that he has an innate curiosity. Indigo children want to understand everything.

Where other people are satisfied with an answer, an Indigo child really wants to understand the answer.

10. The term “normal” is illogical for the indigo child.

An indigo child was never quite ‘normal’ or ‘standard.’ Besides, he often has the impression of being a foreigner.

Because he is open and has a lot of empathy, he is often different from others. Especially for children, it can be difficult to learn that they can trust their intuition.

11. The pursuit of purpose is an obsession.

Unlike people who are obsessed with their careers or money, the motivation is that they want to be meaningful and valuable to our world.

12. The paranormal is an attractive subject.

It’s no surprise that people as open-minded as indigo children are interested in topics that others might find scary or strange.

They like to learn about the world, including the world between heaven and earth.

Recommended: Who is Your Guardian Angel According to Your Birthday.

13. You always need to figure out how things work. 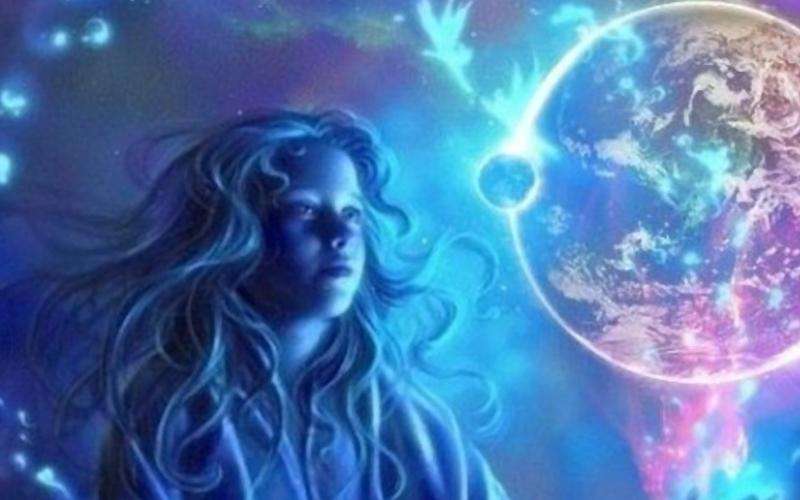 Curiosity! For some, a defect… For others, a quality! Indigo children are much more curious than others. They want to understand everything.

These are the kids who can’t help but ask, “Why? While the others accept a vague and superficial answer. They will dig deep until they really understand the thing in question.

Indigo children aren’t disrespectful, but they have a hard time following the rules just because they’re set.

They need to understand why such and such a rule was put in place, and if it makes sense to them, they will respect it. On the other hand, if the rule seems to be completely ridiculous or unfounded, they will not follow it.

He is wiser than most people his age.

Indigo children may feel out of place at a young age, as they are more intelligent, independent, and emotionally advanced than other children their age.

Although difficult at first, Indigo children often find a way to cope without constantly feeling like an outsider.

16. Enrichment of the soul is more important than that of your bank account.

Of course, like everyone else, you would like to be rich, but money doesn’t really mean anything to you. As long as you can pay your bills and buy what you need to live, you’re not the kind of person who’s constantly going to want it over and over again.

For this reason, indigo children very often choose less lucrative but more fulfilling professional careers. They opt for artistic professions or for services to others. 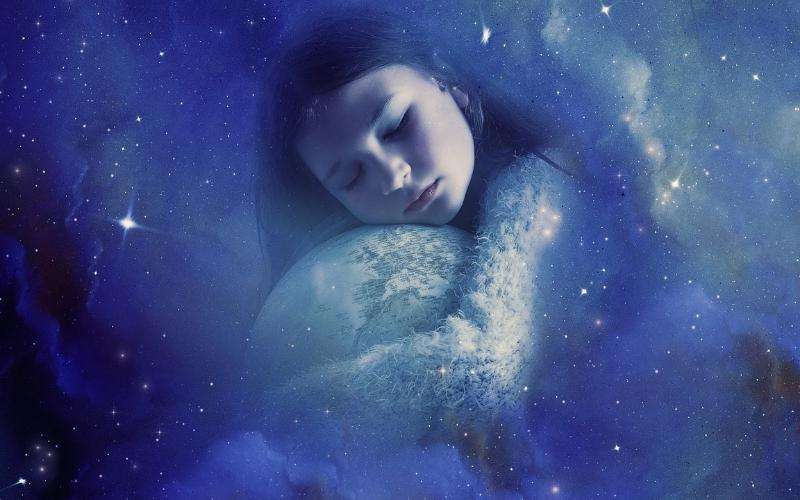 He has good intuition and strong empathy.

For example, indigo children can sense if someone is lying to them, have a good feeling, and empathize with others.

Some speak of clairvoyant abilities.

18. Horror movies freak you out.

Indigo children’s imaginations are highly developed, so they literally create a whole movie in their heads when they watch horror scenes.

And, even years after seeing a horror feature film, they may still be afraid of the dark, lonely houses or forests.

19. Creativity is a great talent of the indigo child.

Music, painting, drawing, cooking, or any other form of art. Indigo children are creative people.

Moreover, they always find ways to highlight this side of their personality, whether at work or at home. Even if their art doesn’t make them rich, it helps them express their emotions and calm their nerves when they’re stressed.

Since indigo children generally want to get what they want, they have a hard time adjusting.

If you don’t respond to them, they withdraw and feel misunderstood. It’s not that they are arrogant. They are simply pursuing their own goal.

It’s in the very definition of the term “indigo child.”

21. Concentration is not a strong point.

Indeed, they are easily distracted because everything interests them.

Indigo children are sensitive to toxins and allergy triggers. These have a particularly strong effect on them.

They are often struggling with intolerances, allergies, or digestive disorders.

Does this description seem to be adequate for you? You are then an indigo child. And, you can be proud of it! You are much more connected to your emotions than others, and you have the ability to understand and express them.

Nobody will ever tell you that you have a heart of stone or that you are not capable of loving.

Even if you sometimes feel left out, it is only temporary. Sooner or later, you will find people who will be just as empathetic as you are, and you can build great friendships or fulfilling romantic relationships.

Your purpose in life is to be happy and fulfilled, so keep focusing on your passions and what gives you a sense of satisfaction! 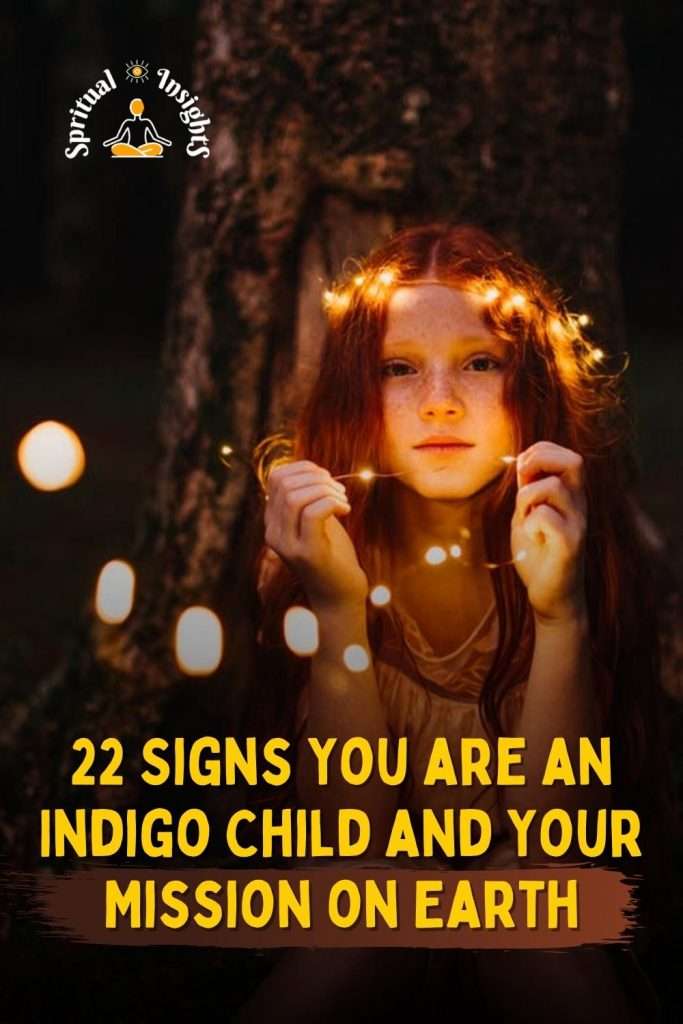