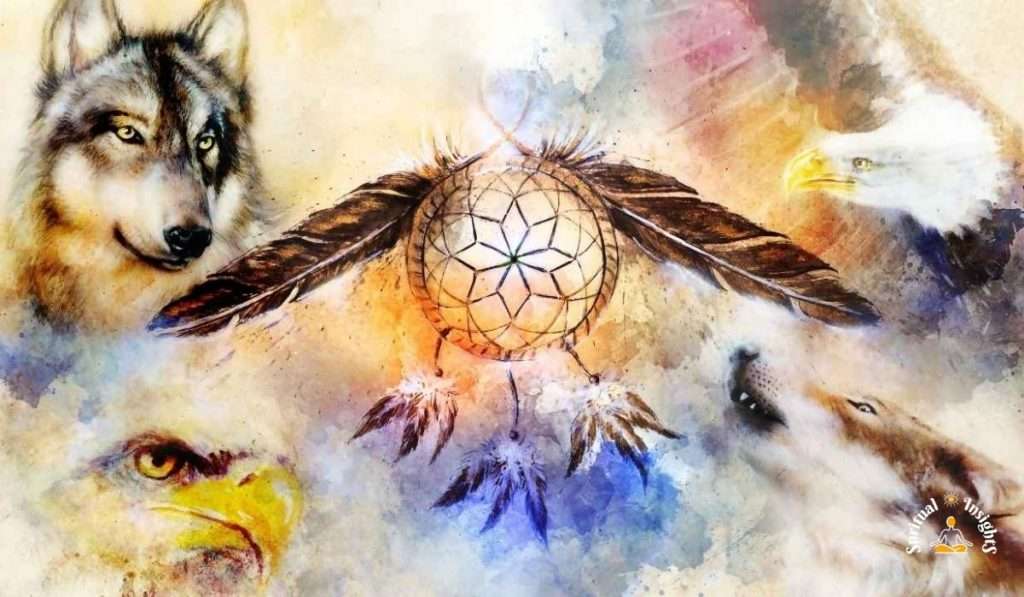 Discover what spirit animals are and how you can find out which one corresponds to you by considering your birthday.

The concept of spirit animals, also called animal totems, has become widespread in many of the world’s cultures. This is because the most primitive and oldest ancestors of human beings lived closely with animals, which also led to enormous respect for these beings.

But in a moment, they realized something, and it was that the animals were not only different in their physical form but also in a spiritual way. It was then that shamans began to appear, and primitive tribes began to focus on their ability to include the energy of animals within their being.

Today, shamanism is still alive, and many people claim to be able to summon spirit animals. However, it has been said that each person has their own animal totem, or several, which can change in the course of their lives.

What are Spirit Animals?

Within the culture that belongs to the Native Americans, it has been considered that as a species evolves, everything it acquires and learns remains as a record in the universe, taking the form of energy.

Therefore, according to the shamans, people have the ability to summon a power animal or totem at will. In other words, they can invoke the energy of a specific animal in order to learn from its abilities and help them face various situations in life.

But besides that, it is not only possible to summon the animal’s energy. It is also possible to receive it instantly. This means that animal totems also choose people.

Spirit Animals: Our Guides to Life

Shamanism indicates that people have animals to be spirit guides in the course of their path in life. These spirit animals vary, taking into account the needs of the person. This means they will be in a person’s life for a certain time and disappear until they are needed again.

It could also happen that you have several animal totems at the same time, but this will depend on each person’s situation.

What is my Spirit Animal by Birthday

As the indigenous people developed spiritual practices, they realized that people born on specific dates had characteristics similar to those of certain animals, and every 13 moons began a seasonal cycle.

Taking this into account, the shamans were able to make a calendar with a turtle shell that had 13 circles. To this, they placed the name “medicinal wheel,” and they united and represented the seasons, the cardinal points, the elements, and a color that identifies them.

With this, they related each of the circles to an animal species, and in this way, the horoscope belonging to the Native Americans was created. 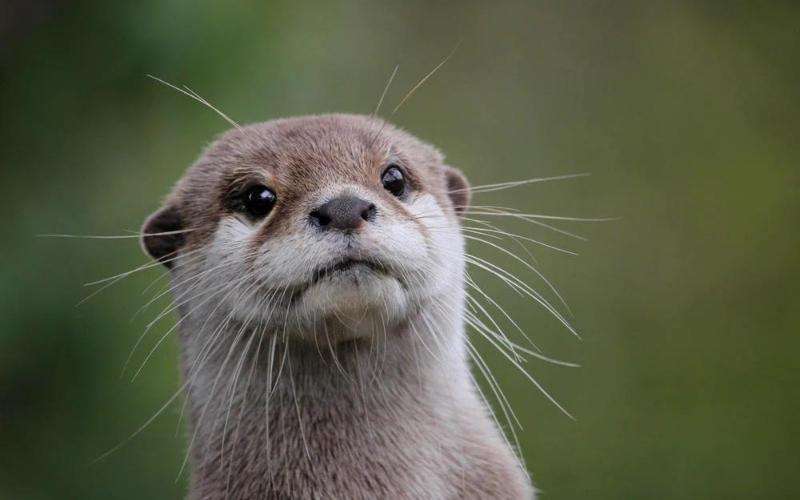 These people are usually independent and have a different point of view than reality. Because the otter does unusual things, on certain occasions, they are very complicated for the rest of the people to understand.

This is one of the most intelligent spirit animals with great creativity, but it is also recognized for its ability to see solutions where other people cannot.

The otter is an attentive, understanding, helpful and honest animal. However, he becomes lonely, rebellious, ruthless, and lustful on his negative side. 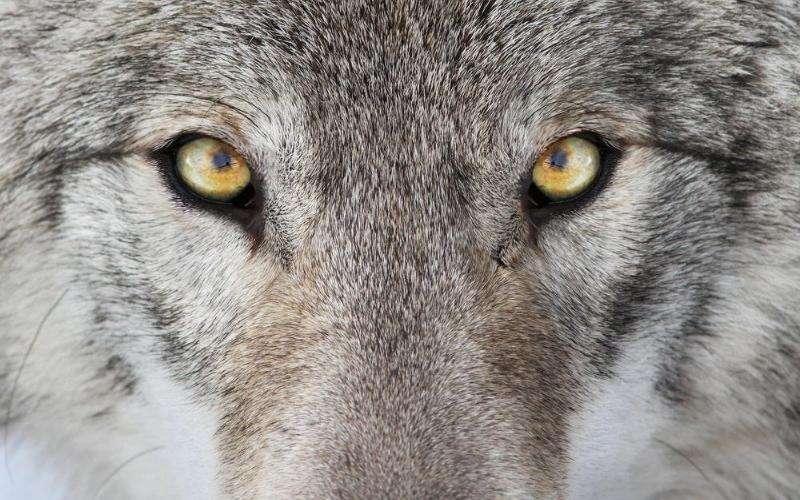 According to the Native American horoscope, people with this animal totem as their guide are emotional and passionate.

It is an animal that is closely linked to the heart and also to philosophy. That is why the wolf has the remarkable ability to understand the emotions of the people around it and will always be willing to offer love to those who need it.

This spirit animal is also known as the teacher of teachers. That is why anyone close to a wolf will receive very wise advice.

On the other hand, the wolf is often said to be the most independent of all the totems and is quite stubborn, impractical, and obsessive in specific situations. 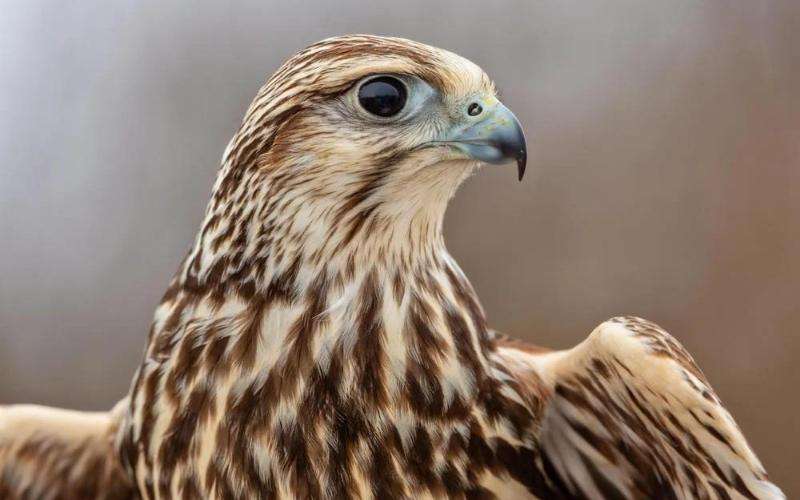 The falcon has a mind full of ingenuity, and this makes it perfect for making decisions in complicated situations. He has a natural instinct to be a leader and is always focused on achieving his goals. The most characteristic quality of this powerful animal is its concentration.

People with this totem make the most of the opportunities that appear in their path, in the same way that they do not hesitate to give their opinion to others, which is why despite being right very often, to other people’s eyes, it looks presumptuous.

Another characteristic that identifies him is his ferocity. He is disrespectful, complains frequently, and is a bit selfish. In his most pessimistic part, he is not very patient. 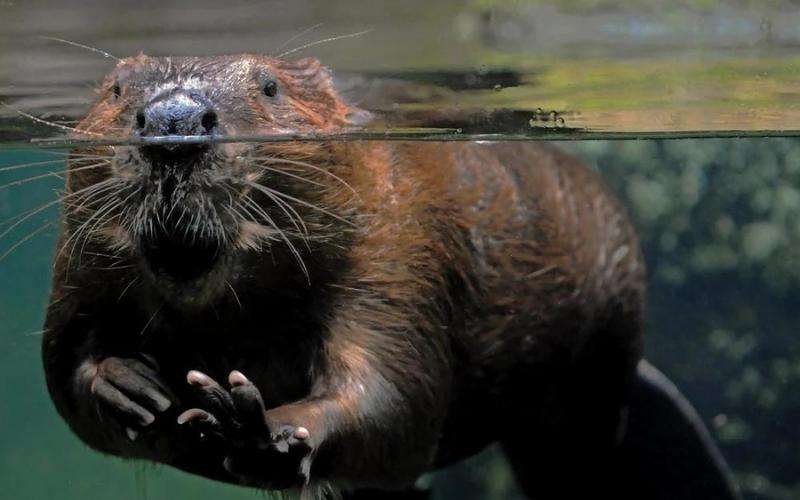 Beavers love to be the boss in any situation, but they are quite flexible and have the ability to adapt to anything easily. People with this totem as their guide are calm and efficient, so they are experts when performing certain tasks since they always want the work perfectly.

Usually, these people are very intelligent and always attentive, but when it comes to changing their point of view, they are quite stubborn.

Despite this, the quality that identifies beavers is their loyalty, helpfulness, generosity, and compassion. However, they are a bit cowardly and possessive at their most negative. 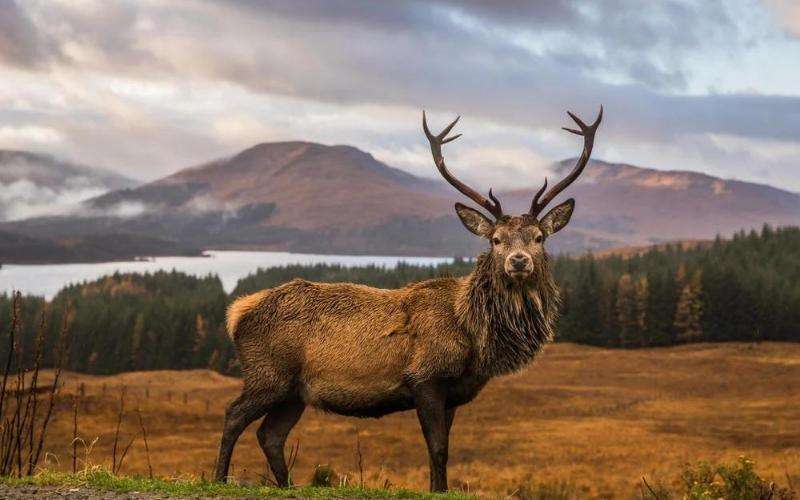 Within Native American culture, of all the spirit animals, the deer is the representation of creativity. He is also cheerful, inspiring, and witty, most notable for his ability to make others smile.

Apart from these qualities, he is an excellent speaker who always has something to say. The deer is friendly and is usually the center of attention at gatherings.

They are very concerned about nature and even demanding when it comes to personal appearance.

The most negative part of the deer is that it is usually presumptuous, temperamental, self-centered, lazy, and even bipolar. But on his more positive side, he is protective of everyone he loves and quite affectionate. 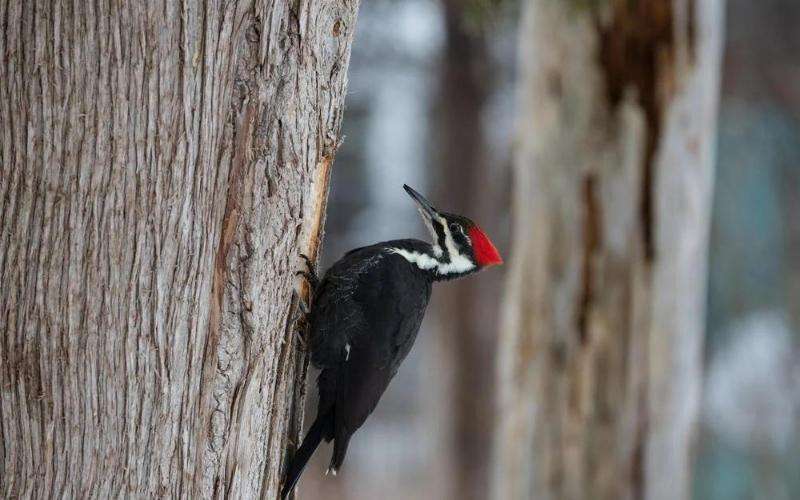 The woodpecker is the most affectionate and supportive of all the animal totems. People who own this power animal make great parents, great partners, and great friends.

Woodpeckers can be jealous, possessive, and easily angered. But he is also affectionate, organized, dedicated, and romantic and is ideal for having someone you trust. 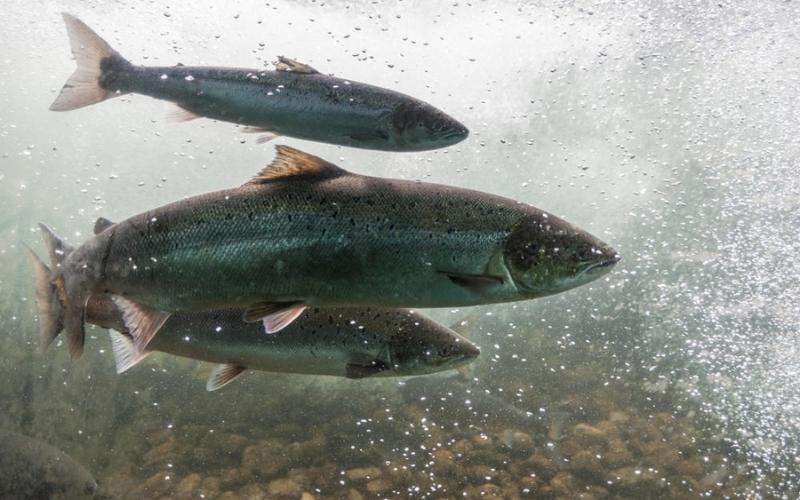 It is an intuitive totem with great vitality and focus. One of his most striking points is his enthusiasm, creativity, and ability to motivate others naturally.

The salmon has many friends due to these characteristics. They are intelligent, generous, and with great intuition. If he has a goal, he will try to do everything possible to achieve it, but always with the help of friends. 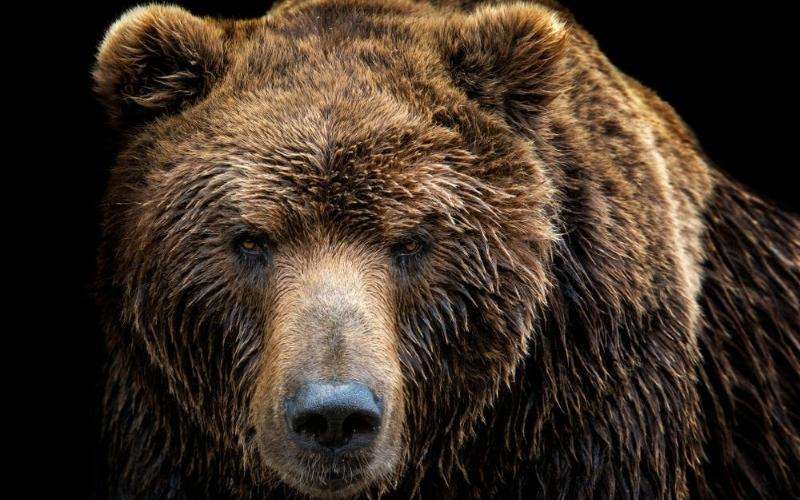 The bear is known for being firm when it comes to staying in control of situations and for being pragmatic, which is why it is not uncommon for many to come to him for help when the situation is difficult.

People with this animal totem as a guide are dedicated, generous, and show great unconditional love.

A bear possesses so much humility that it even becomes shy. It is also perfect for teaching since its ease in imparting knowledge makes others infect it and pay attention to it.

However, he is somewhat skeptical, secretive, and lazy. 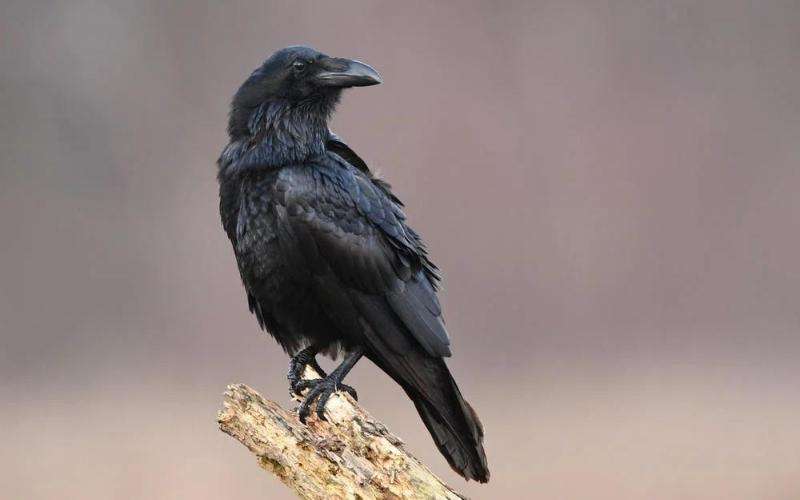 These are people who are characterized by being enterprising, showing remarkable charisma, and having positive energy. Hence, it is unsurprising that the others listen carefully when a raven has an idea.

Another thing to remember is that ravens are great idealists and have a very calculating mind. The most positive part of these people is that they are delicate, easy to deal with, and romantic.

When it comes to a love relationship, they are patient and intuitive. Although they are excessively spiteful in their most negative part, they are not at all consistent and often make others angry with their attitude. 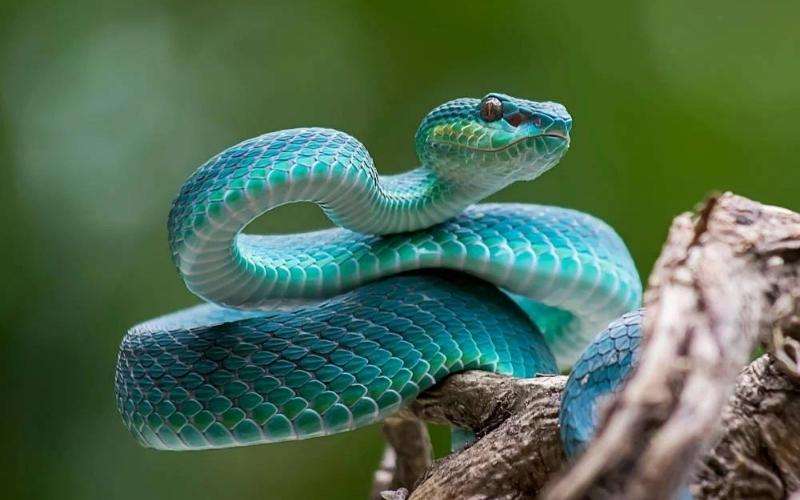 Those people who were born on this date have the snake as their spirit animal. The image of the snake is the symbol that represents shamanism.

Therefore, those who have been born under this totem will find themselves closely related to everything that has to do with the spirit world.

Medicine is one of the careers that are related to the snake, which is why it is not uncommon for this to be one of the preferred fields for these people.

Because of their connection to the spirit world, snakes are most likely to be viewed by other people as mysterious and even a little frightening.

When it comes to the best moments, the snake is helpful, shows a lot of affection, is funny, and with great sensitivity. Despite this, they can become violent, daunting, dark, and volatile. 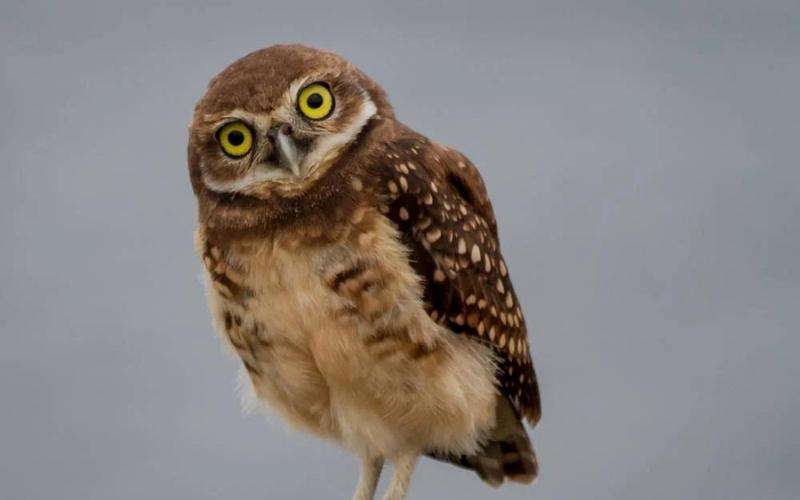 Of all the spirit animals that belong to the native zodiac, the owl is the most flexible and adaptable of all. He is very easy to deal with. His attitude is very natural; he is friendly and, at the same time, very affectionate.

The owl loves adventure and experiencing new things. But when it is necessary to put serious in the situation, the owl will have the ability to take control.

At this time, he may stumble, as he has a tendency to be careless, inconsiderate, and reckless. Those born with this power animal are people capable of teaching and possess impressive abilities for the arts, due to how wise they are.

Regarding the field of relationships, the owl is delicate, passionate, and attentive to the person he loves. And on his downside, he’s forgiving, aggressive, and cutting. 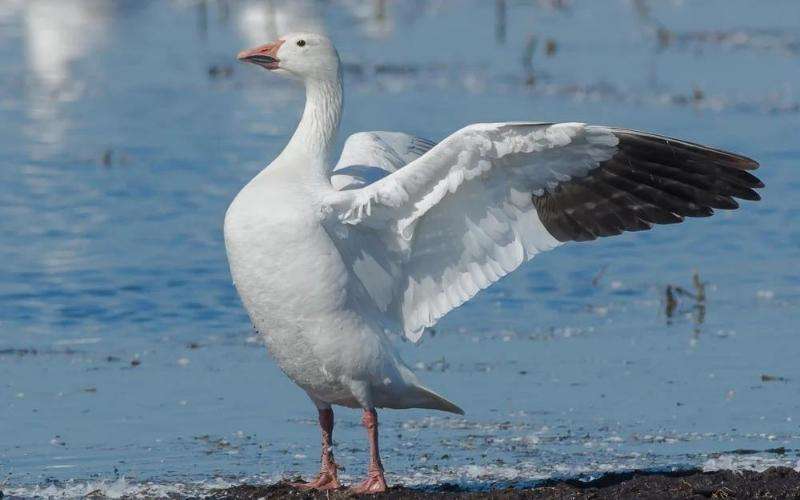 Geese are excessively persevering, tenacious and ambitious. At the moment of achieving a goal, they will do it because it comes from within and not simply because the rest want it.

Their perseverance and impulses make these people continue on their way without stopping. This is one of the reasons they love physical and professional challenges.

A goose is an excellent friend as well as a counselor. In a love relationship, he is sensual, passionate, and kind. However, the only bad thing is that he easily falls into obsessions and addictions. 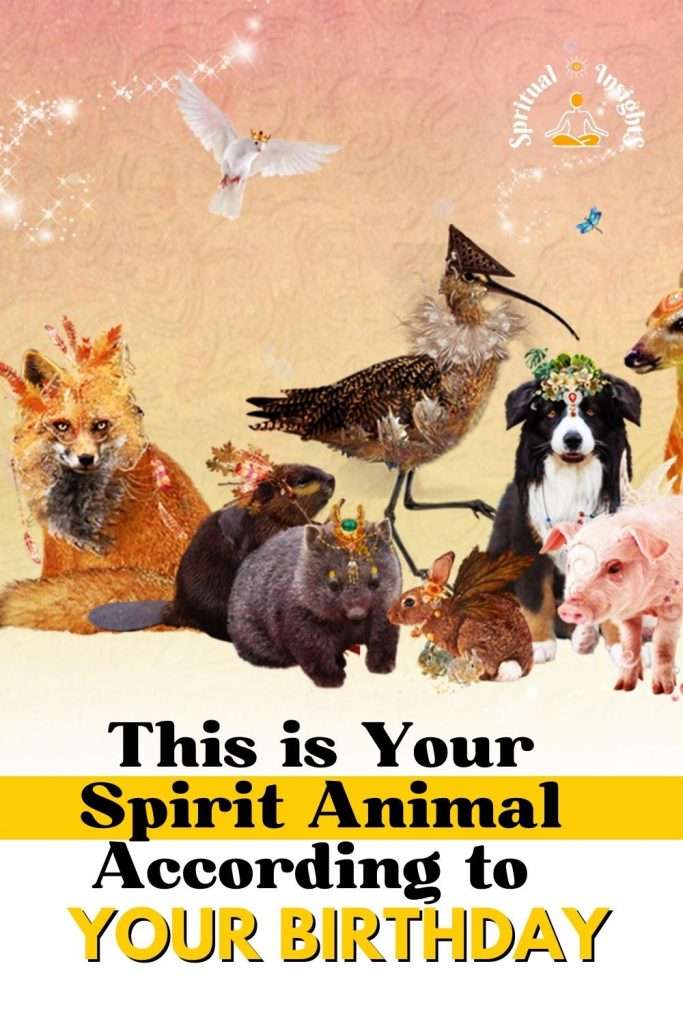